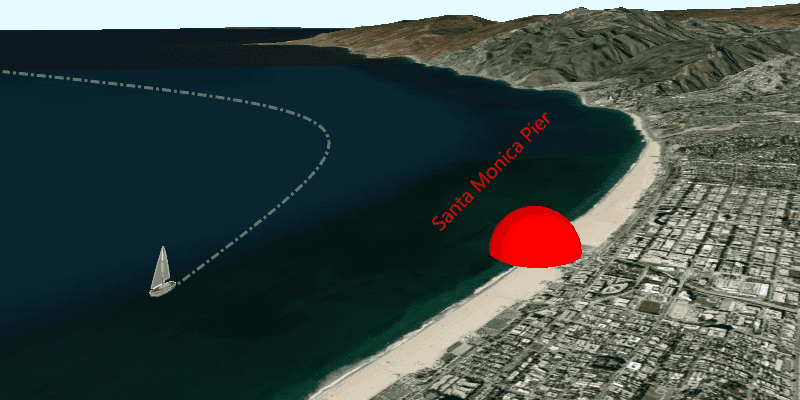 An AGSGraphicsOverlay is a container for temporary graphics that display in your geoview. Graphics you add to graphics overlays are created at run time and are not persisted when the application closes.

An AGSGraphic uses the following to represent an object on the scene view:

ArcGIS Runtime provides a comprehensive API for creating and modifying symbols for every type of geometry. Symbols define properties such as color, size, and style that define how the graphic is displayed. There are specialized symbols for representing objects with text or images and you can create advanced symbols that combine multiple symbol layers. See Styles and data visualization to learn about the available symbol types. You can use any of the 2D symbols to display graphics in a scene view as well as symbols designed exclusively for display in 3D.

To display text on the scene view as a graphic, create a graphic with a point, line, or polygon to define the location for your text. You can then provide a AGSTextSymbol that defines the font, color, size, and text to display.