In 4.3, the FeatureLayer's fetch strategy for 2D drawing and querying from the feature service has been improved to request and draw more features in less time, giving priority to features in the center of the view. Limitations still exist that result in some features not being visible in the view in certain scenarios. In future releases of the API, feature drawing will continue to improve in performance and scale to mitigate existing issues. Prior to the release of version 4.3 of the ArcGIS Maps SDK for JavaScript, feature drawing was more limited, restricting datasets with a lot of features from requesting and drawing all available features. 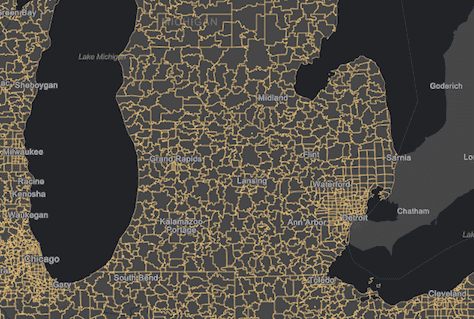 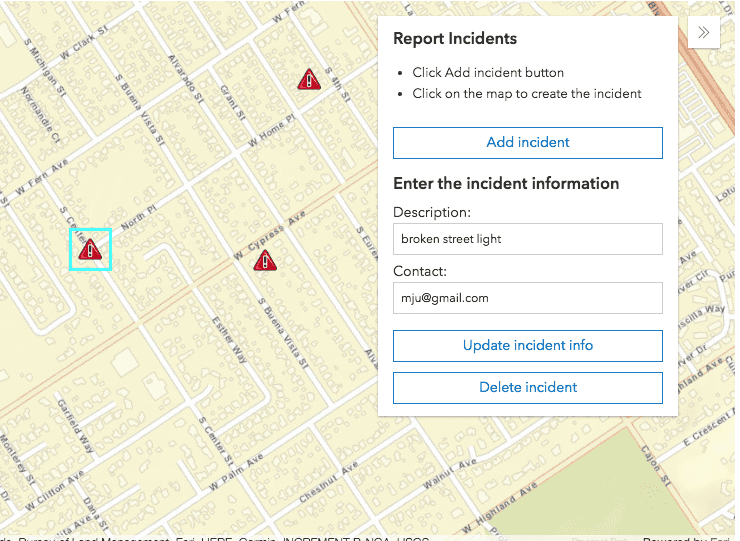 At 4.2, we introduced the 4.x widget framework as implemented within the LayerList and Print widgets. In this release, the following widgets have been updated to the new widget framework:Attribution, BasemapToggle, Compass, Home, Locate, NavigationToggle, Track and Zoom widgets.

Intuitive multi-touch gestures can now be used to navigate 2D and 3D views. If you have a touch screen laptop or monitor, you can zoom by pinching with two fingers and pan using one or multiple fingers. You can also double-tap the scene to zoom in a step towards the tapped location. To rotate the scene, move two fingers in a clockwise or counterclockwise direction. In 3D you can tilt the scene by dragging two fingers up or down the screen. An overview of these touch interactions can be found in the Navigation section of the SceneView.

Setting filters on a mesh scene layer is useful to display only features that fulfill certain conditions. Setting the SceneLayer.definitionExpression property to an SQL expression will instantly filter the layer to display only buildings that satisfy that expression. You can then query only the filtered buildings by using the createQuery() method.

The SceneLayer filter and query sample uses this functionality to filter floors in a building on the Esri campus. The layer is filtered to show only the selected floor in the building. createQuery() is used to calculate how many rooms of each type are on that floor. 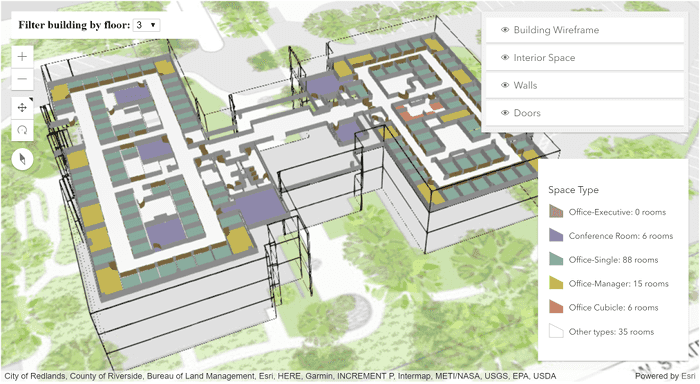 SceneLayerView also provides methods to query features, but these will only execute against features that are currently visible. This can be useful to provide information to a user about an object that is in the view. The queryExtent() method on the SceneLayerView returns the 3D extent of the feature, as opposed to the same method on SceneLayer which returns the 2D extent.

In this sample, when the user clicks on a building, the queryFeatures and queryExtent methods on the SceneLayerView are used to zoom to that building and display information about it. 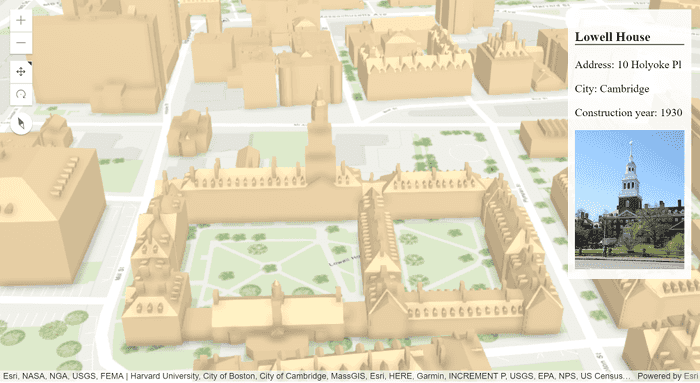 Adjust point size and density in a PointCloudLayer

In this sample the point size and point density can be adjusted using sliders. 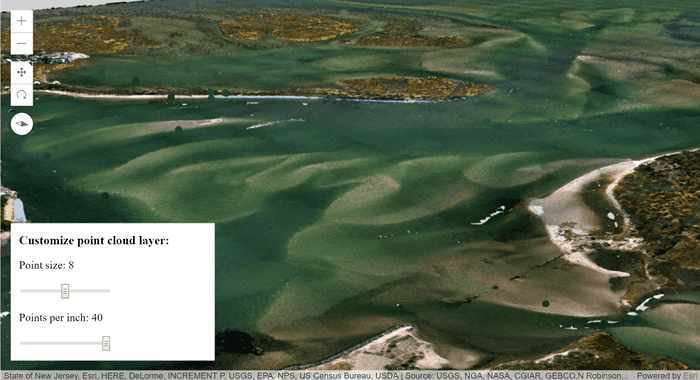 The API supports GeoRSSLayer, which allows you to display the locations of a live GeoRSS feed in a 2D view. To view the feed, just reference the url of the GeoRSS file and add the layer to the map.

See the Add a GeoRSSLayer to your Map sample to learn more about how this layer works. 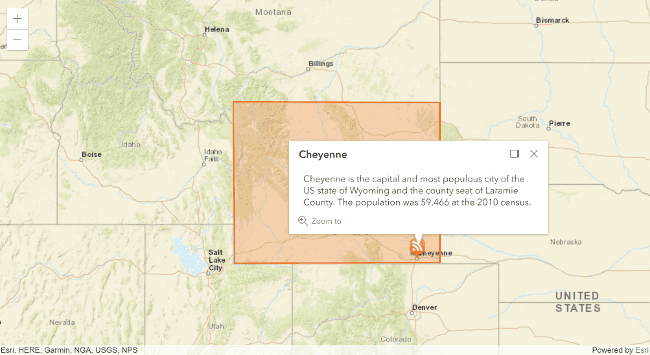 Web style symbols were released at 4.1, giving users the ability to add realistic 3D symbols to data in a SceneView. In this release, we added a guide page describing how to work with realistic point symbols and a reference page listing all web style symbols that may be consumed by the WebStyleSymbol class.

The following samples demonstrate how to use WebStyleSymbol:

The Symbol Playground provides an interactive environment for creating and designing symbols to use in custom web apps built with the ArcGIS Maps SDK for JavaScript. It allows you to select a symbol type and customize its color, size, shape, image, or symbol layers. As you change the properties of the symbol or symbol layers using the interactive UI elements, a code snippet showing how the symbol is constructed automatically updates. Once the symbol is completed, you can copy the code to the clipboard and paste it into your app. Try it out!

Enhancements were made to the StreamLayer API which changed filtering workflows for the layer. Prior to this release, you could set a definitionExpression and a geometryDefinition in the constructor but could not update them. As of version 4.3, definitionExpression and geometryDefinition are deprecated and replaced with filter, which can take an expression for filtering features by attribute and/or an Extent object for filtering by geometry.

The updateFilter() was also added, allowing you to update the filter(s) after construction of the layer.