Starting with this release, you can opt in to render FeatureLayer with WebGL (beta) in a 2D MapView. This allows you to display more data in the view and update the visualization of features more rapidly, such as this layer with more than 1 million building footprints:

FeatureLayers are now rendered with WebGL by default as of version 4.9.

This is the initial release of drawing support in the API. Full support for drawing and editing will come in future releases, including the following:

KMLLayer is a new layer type in version 4.5. Currently, it is only supported in 2D MapView.

WMS and WMTS in 3D

Support for WMS and WMTS in 2D MapViews was added in version 4.4. As of version 4.5, WMSLayer and WMTSLayer can also be used in WebScene. Please see the WMSLayer sample for an example of how to use WMS layers in a WebScene. 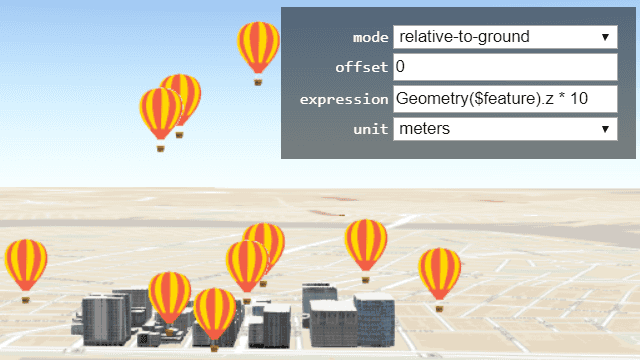 The vertical placement of buildings and other 3D Objects can be adjusted using the new elevationInfo property. This is helpful when the SceneLayer doesn't match the terrain elevation and buildings are either sinking in the ground or flying above the ground. The elevationInfo property was also added to IntegratedMeshLayer and PointCloudLayer. Currently only absolute-height mode works for the three layer types.

The Smart Mapping APIs now support PointCloudLayer. As of 4.5, you can generate renderers with good default point sizes with colors based on traditional point cloud rendering standards. 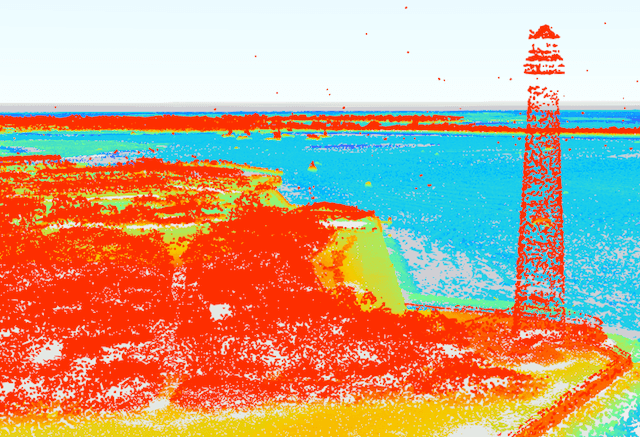 We added autocasting support for all renderers, symbols, symbol layers. You can also autocast geometries added to graphics.

This means that you no longer need to require any renderer, symbol, and symbol layer modules in your module loader. Simply set the desired properties in a simple object and set the type property to specify which symbol or renderer to create.

Point, Polygon, and Polyline geometries can also be autocast when added to Graphic. The type property will specify which geometry to create.

All samples and code snippets in the API reference have been updated to use this pattern. See also the Autocasting guide topic, which has been updated in this release.

We now leverage support for vertical coordinate systems (VCS) and vertical units with scene or imagery layers containing precise vertical measurements. The WebScene reads and stores the VCS of a webscene in the heightModelInfo property.

Numerous updates were made to the Popup widget to enhance the overall user experience. In addition to undergoing a minor popup redesign, the Popup has been updated to support the widget framework introduced at version 4.2. Additional updates include: