KML specification version 2.2 as defined by the Open GIS Consortium (OGC) is supported. Use the free Esri product ArcGIS Earth to read and write KML and KMZ files. See this Google KML Tutorial to learn more about the KML file structure, commonly used tags, and so on. 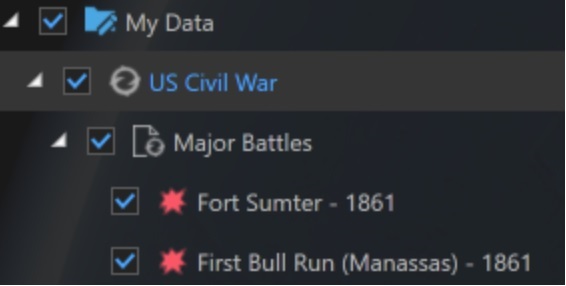 The KmlViewpoint class can represent both types of viewpoints. Custom code is required to convert from a KML viewpoint to an ArcGIS viewpoint, which can be used for navigating a scene. See Google's reference documentation for details, including diagrams. Earth browsing apps should respect LookAt viewpoints specified in KML content.

Playing tours contained in KML files is supported. A KML tour defines a map exploration experience that can contain: narration and music, animated movement between viewpoints, and dynamic animation of KML feature properties.