Features and graphics represent real-world objects on a map or scene. Every feature and graphic has a geometry representing its shape and location and may have attributes that further describe the represented object. For example, you could use polygon features to represent land parcels and include attributes about each one such as parcel ID or owner. You could use point graphics to represent vehicle locations, including the vehicle's speed and fuel level. 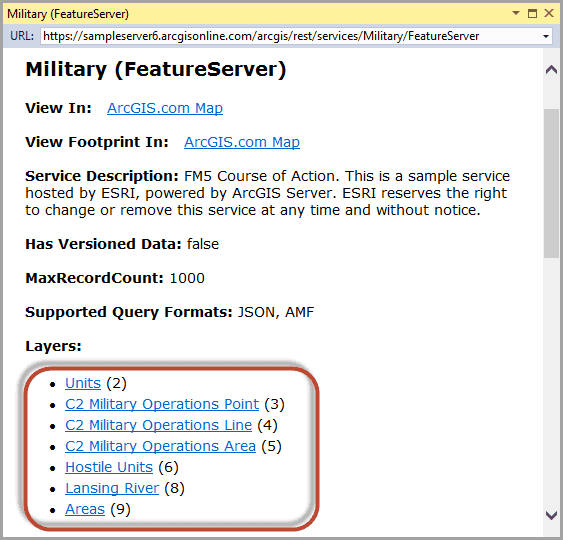 Since a feature service or local geodatabase can contain several sets of features (tables, in other words), you may need to create many feature tables in your app to represent all the datasets you need.

You can publish features as part of a feature service. Layers in a feature service can be displayed in a map or scene, symbolized in various ways, and queried using attribute, spatial, or temporal criteria. You can implement feature editing workflows in your app, including control of the types of edits made and who gets to make them.