For 3D display, z-values should not be less than -6,356,752 meters, which is the approximate radius of the earth (the WGS 84 datum semi-minor axis). They should also not exceed a maximum of 55,000,000 meters. ArcGIS Runtime may not correctly display geometry that has z-values outside of this range. 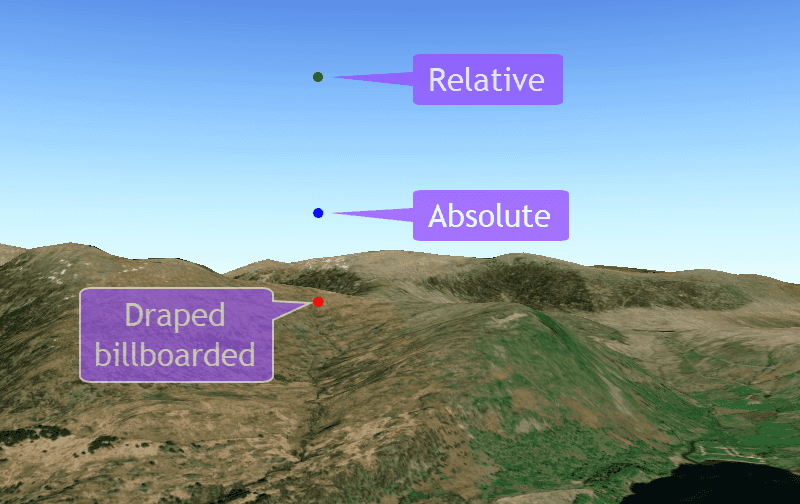 There are several ways that an extrusion expression can be applied to extrude features. The AGSExtrusionMode enum provides the following values to define how geoelements are extruded. 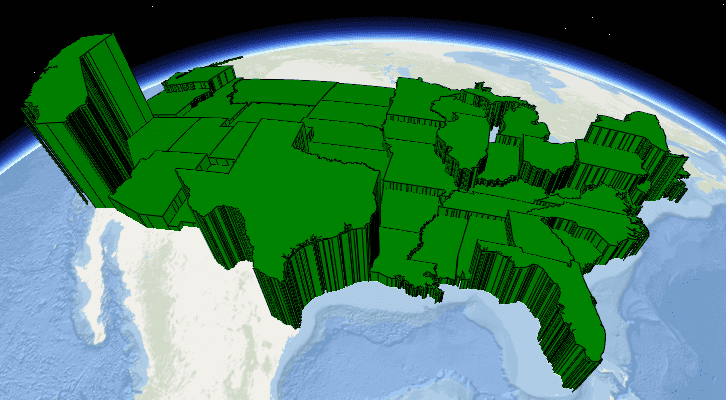 AGSRendererSceneProperties has properties for defining expressions for heading, pitch, and roll for features or graphics displayed in 3D. Like extrusion expressions, these can include attribute (field) names, numbers, and mathematical operators. 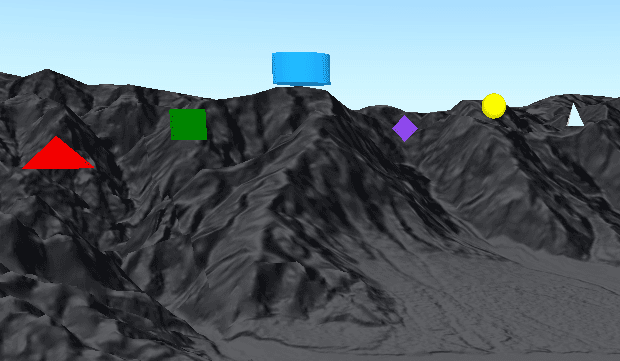