Labeling is now supported for WebGL-enabled point and polygon FeatureLayers, and CSVLayers in 2D MapViews. 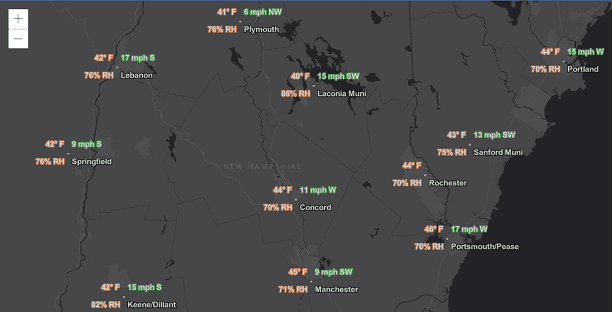 See labeling samples for more examples of labeling in action, and the Labeling Guide page for more details.

Large point datasets in a webscene

Until now developers were limited to a few thousand point features when working in 3D. With version 4.8 performance improvements, developers can now add point feature layers with hundreds of thousands of features and maintain high performance. The features are dynamically loaded and displayed as you navigate the scene. Also, point scene layers display significantly more points and allow for much faster interaction. 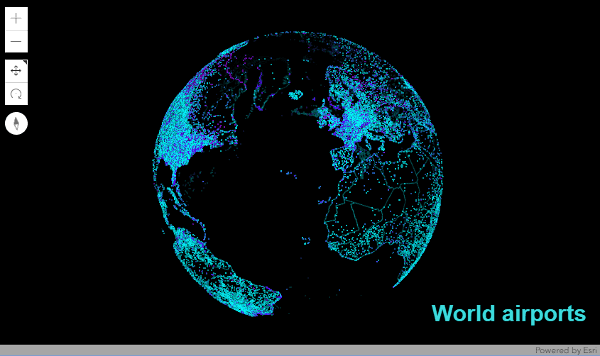 We added support for HeatmapRenderer, which allows you to visualize large, dense point datasets as a raster surface to emphasize areas with a high density of features. 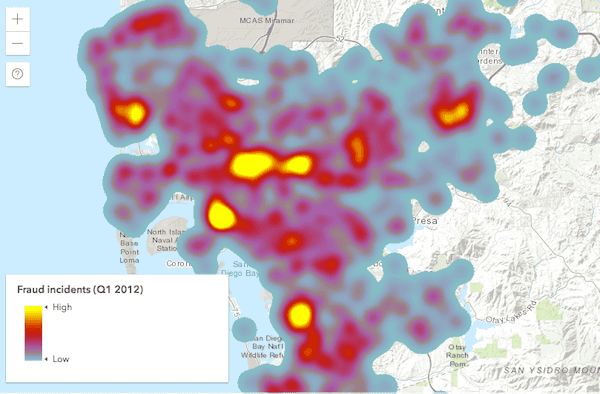 Custom background in a webscene 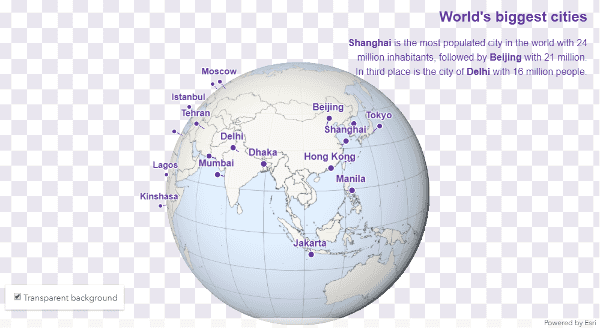 Before this release underground navigation was limited to local scenes. Now in global scenes you can view and navigate to subsurface data, like a utility network. The ground can also be made partially transparent in both global and local scenes, allowing users to see through the ground surface and reveal underground features such as seismic measurements or utilities infrastructure.

Furthermore, the new ground color property lets users define how the earth surface displays below the basemap. A solid color is displayed in place of the current default square pattern. This is very useful if you are creating a scene with no basemap, or when the basemap you are using doesn't cover the entire world.

The Underground navigation in global mode sample shows how to use these new features. 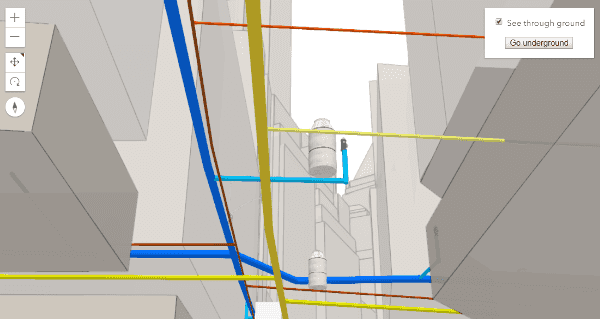 FeatureLayer now requests data in protocol binary format (pbf) by default, which significantly reduces the payload size, improving the performance of the app. Other improvements to the feature query and drawing pipeline include faster mesh creation, reduced feature duplication on tile boundaries, and progressive loading of feature tiles. These updates have reduced FeatureLayer payload size, as well as the time for both initial and final drawing time.

The Bookmarks widget allows users to quickly navigate to a particular area of interest. It displays a list of bookmarks, which typically are defined inside the WebMap. To see this widget in action, please refer to the Bookmarks widget sample.

SketchViewModel added support for scaling and rotating existing graphics. In addition, you can also validate geometry while a graphic gets created and/or updated. This is handled by listening to one or more of its newly-added events.

CSS styles will now only be applied based on a CSS class selector. Element selectors such as table, button, anchor, or headers (h1, h2, h3, etc.) are no longer used.

Prior to version 4.8, it was difficult to override the .esri_widget styles. This was often an issue for those developers using additional frameworks like Bootstrap or Dojo as it had a high probability of interfering with any styles that may be included with these frameworks.

whereas, the styles are now similar to what is displayed below.

Unless a developer decides to 'opt-in' to a style, it will not be styled by default.

Please note that as of version 4.8, all of the Esri-provided widgets use this opt-in approach.

These opt-in classes are:

Button styling has also changed. One update to note is that .esri-widget-button is now .esri-widget--button (notice the two dashes --). Prior to 4.8, it was considered a 32px by 32px button-like widget. With this update, button is now considered a widget that is a button. The Home and Track widgets are two good examples of this.

For example, let's say you had something written similar as below.

This would have selected anything in a widget that was a button element or even had button as its role.

This is no longer the case as these styles no longer exist. Rather, .esri-button is used.

More information regarding this and working with styles can be found in the Styling topic.

In this release, we added support for labeling, HeatmapRenderer and BingMapsLayer. This means most web maps can now be read using the 4.x API. Not yet supported web map features include full label support, WFS, and time support.

The new interceptors property of esriConfig.request provides developers an opportunity to modify requests before or after they are sent. Improves on the functionality of the 3.x esriRequest.setRequestPreCallback method.

Beginning with version 4.8, we highly encourage the use of secure services with https. What does this mean for you? If your site is running under https, and you are accessing resources to unsecured (http) resources, we automatically switch the requests to use https. Chrome is already issuing warnings starting in July, 2018. One note worth mentioning is that if you develop using http://localhost, it is automatically flagged as being in a secured network. For example, while running an application from http://localhost which accesses unsecured (http) resources, the API will automatically update these requests to use https.

With browser security getting stricter with each update, it is in your best interest to move towards using https for all web requests. To aid in this, we recommend generating your own certificates for local development environment. There are multiple tools online to help get you started. Although we don't recommend one over another as it really is based on OS and user preference, you may want to refer to this guide for Mac.