Add graphics to a map view

You can use graphics to display objects on top of the data in your map view while your app is running. A graphic is a type of geoelement that has a shape (geometry) and attributes. A graphic can have its own symbol, or can be displayed using a renderer. Graphics are added to a graphics overlay for display in the map view. 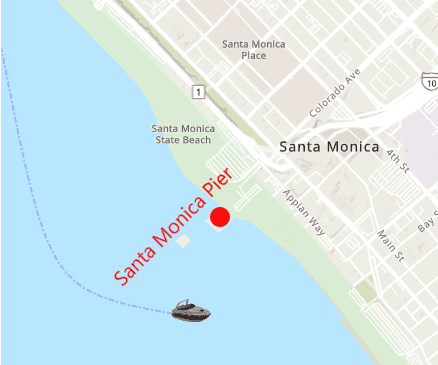 For more more information about working with graphics in 3D, see Add graphics to a scene view.

The following code shows how to create a new graphics overlay, assign an ID, then add it to your map view.

Later, you can access it from the map view's graphics overlay collection using its ID.

A Graphic uses the following to represent an object on the map view:

A graphic's z-index defines the draw order of that graphic within its graphics overlay. It is primarily intended for use when working with graphics in a 2D map view.

The following example shows how to create a graphics overlay, add a single graphic, and add the overlay to a map view.

A comprehensive API for creating and modifying symbols for every type of geometry is provided. Symbols define properties such as color, size, and style that define how the graphic is displayed. There are specialized symbols for representing objects with text or images and you can create advanced symbols that combine multiple symbol layers. See Styles and data visualization to learn about the available symbol types.

To display text on the map view as a graphic, create a graphic with a point, line, or polygon to define the location for your text. You can then provide a TextSymbol that defines the font, color, size, and text to display.

The following example shows how you can identify a graphics overlay in response to a tap on the map view. An attribute (name) is shown in a callout next to the identified graphic.

Select graphics to highlight them on the display. You can select zero, one, or several graphics in a graphics overlay. Each graphic's selection state is represented with an IsSelected property that is either true or false.

Selection display properties, such as the color used for selected geoelements, are defined for the map view.